Summary of Qualification and Achievements:
Mr. Uprety joined the Environmental Impact Study Project as an Ecologist in 1983, and worked in the Ministries of Forests and Soil Conservation, and Environment from January 1992 to May 2012 in different capacities. Mr. Uprety was involved in developing guidelines and institutionalizing Environmental Assessment (EA) system from 1992 to 2008, including review of IEE and EIA reports and issuance of environmental clearance. He functioned as the Deputy Director-General in the Department of Plant Resources from September 2009 to March 2010.

During 2007 and 2012, Mr. Uprety was involved in developing proposals and securing funds for climate change activities including the preparation of NAPA, Second National Communication, Technology Needs Assessment, Strengthening Institutional Capacity for Managing Climate Change and Environment, Pilot Programme for Climate Resilience, and Scaling-up Renewable Energy Programme. Mr. Uprety facilitated/coordinated activities related to NAPA preparation and implementation of NAPA prioritised most urgent and immediate actions, including the preparation of the National Framework on LAPA (Location Adaptation Plan for Action) (2011), and climate Change Policy, 2011. Mr. Uprety was equally engaged in promoting and issuing Letter of Approval to CDM (Clean Development Mechanism) Projects, and for the establishment of Climate Change Council, Multi-stakeholder Climate Change Initiatives, LDC coordination on UNFCCC process, and Climate Change Negotiating Team. Mr. Uprety was Involved in organising Regional Conference on Climate Change from Kathmandu to Copenhagen in 2009, 18th Meeting of the LDC Expert Group in 2010, Global Stakeholder Consultation on Standardised Baseline under the CDM, Regional Meeting of the DNA (Designated National Authority) Forum for Asia and the Pacific, and Workshop on Enhancing Regional Distribution of CDM in Asia and the Pacific in 2011, and International Conference of Mountain Countries on Climate Change in 2012.

Expert Member in Climate Change Council (chaired by the Prime Minister), Member of the Core Negotiating Team on UNFCCC, and Vice-Chair of the LDC Expert Group, Mr. Uprety was awarded with Science and Technology Talent Awardon the environment (June 2005) from Nepal Academy of Science and Technology, and received Letter of Appreciations by Environmental Ministry and National Committee on Man and Biosphere in 2000, 1993, and 1984. Mr. Uprety offers services on EIA and climate change adaptation.

Summary of Qualification and Achievements:

Chief Commissioner of Commission IAA 2007; Visiting Faculty, International Law on Water courses, Nepal Engineering College, Pokhara University, Nepal, Permanent Secretary for Ministry of Agriculture(1997), Ministry of Population and Environment and briefly to the Ministry of Commerce (1995) and Ministry of Water Resources, Executive Director appointed by His Majesty the King of Nepal in 1991 for Laws and International Programme Division, (WECS), short-term Water Law Consultant for DAI in Republic of Kyrghyzstan, Swaziland, Sri Lanka and Namibia,USA,  and  FAO, Rome. Recipient of Trishakti patta (Second Class)

Summary of Qualification and Achievements:
Regional Council Member, GWP South Asia; In the last more than 25 years working as a consulting expert for USAID, the World Bank, the Asian Development Bank, FAO, UNDP and other international institutions, he has contributed to institutional and community development in the field of water resources management in general and irrigation management in particular in Nepal, the Philippines, India, China and Guiana. He has been associated with the field of journalism and editing for more than three decades both as an editor and free lance writer. He started his public career in 1975 as a lecturer (later Professor) of rural development and institution building at the Campus of Public Administration, Tribhuvan University and Nepal Engineering College, Pokhara University. He has acted as a founding authority in promoting non-governmental and private organizations in Nepal like Consolidated Management Service Nepal Pvt. Ltd (www.cmsnepal.org), Nepal Engineering College (www.nec.edu.np) , Jalsrot Vikash Sanstha (Water Resources Development Association-www.jvs-nwp.org.np), China Study Center-Nepal (www.cscnepal.org.np) and Farmer-Managed Irrigation System Promotion Trust, Nepal. His training includes Decentralization, Management and Finance, CEDA, Nepal/ Associates in Rural Development, USA 1989 and Mass Media, Local Government Institutions and European Community in Germany, England and Belgium 1981 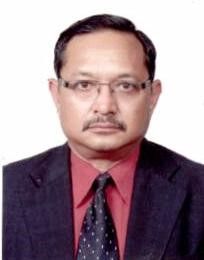 Summary of Qualification and Achievements:
Regional Council Member, GWP South Asia (2013-2016); Head of the Department (Science and Humanities Department) of Nepal Engineering College (nec), Changunarayan, Bhaktapur was a former Lecturer at Tribhuwan University. Currently she serves as Associate Professor and Coordinator ofSafeDrinking Water and Sanitation Management Committee at nec. She had been selected as a Women Water Academics from Nepal by South Asia Consortium for Interdisciplinary Water Resources Studies (SaciWATERs) Hyderabad, India in 2009. She has worked as a Coordinator/Researcher on “Development of appropriate safe drinking water (SDW) supply and sanitation system for slums and squatters in Nepal” a project funded by DelPHE (Development Partners in Higher Education) Program of DfID and British Council. She had various publications on water and sanitation. She was Editor of the book “Profile of women water professionals in Nepal” 2010 and the conference proceedings on Development of appropriate water supply sanitation and hygiene (WASH) solutions to the informal settlements and marginalized communities, 2010

Summary of Qualification and Achievements:
He worked at WWF-India, New Delhi as an intern from June to August, 2008 and got trained in GIS and Remote Sensing Application. From January to June, 2011, he worked as a Trainee Manager from at JVS/GWP Nepal. He has participated and presented papers in various national and international workshops/conferences in Russia, Thailand and South Asia. His paper entitled Accessibility of the Urban Poor to Safe Water Supply: A Case of Small Town Water Supply Scheme in Nepal is recently published in an edited book -Globalization of Water Governance in South Asia by Routledge Publisher, New Delhi, India. He also prepared a Compendium of Laws related to Conservation and Utilization of Water Resources in Nepal which was published by GWP Nepal/JVS in 2013. His research interests include issues related to transboundary water management, climate change and adaptation, and environmental impact assessments. 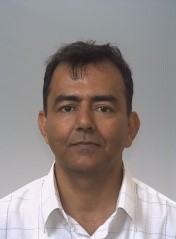 In February 1990, he joined the Department of Irrigation under the Ministry of Water Resources, Government of Nepal. From 1990 till 2003, he worked at different district irrigation offices and on large scale irrigation schemes. His works included: collection and analysis of hydrological and meteorological data, preparation of feasibility assessment reports, design of the schemes and preparation of bidding documents, institutional development work of Water Users Associations, construction management and quality control, training of the farmers for scheme operation and maintenance, financial management and coordination with other district agencies working in the field of water and agriculture.Since 2008, Mr. Paudel as a senior consultant Water Resources Engineer has been providing input in the design and construction management related assignments especially of water and energy sectors. His major works include the hydraulic modelling, sediment transport analysis and hydraulic design of Rani JamaraKulariya Irrigation Project (38,300 ha); analysis and design review of sediment removal facilities for Sikta Irrigation Project (43,766 ha) and Bagmati Irrigation Project (30,000 ha); hydrodynamic modelling of 142 km stretch of Karnali River for impact assessment due to 900 MW peaking hydropower plant; and design review of river engineering works in the Mahakali river for protection of Darchula district headquarter.